Activities and Things do in the area

Canopy Tour
A growing number of tours let visitors explore the elevated ecosystem of the rain forest canopy, a luxuriant and little-known realm that is home for most of the jungle’s plant and animal species. It has only been in the last two decades that biologists have begun to seriously study the canopy, using such varied devices as mountain climbing equipment and construction cranes, and tourists now have the opportunity to follow them into that biological frontier. 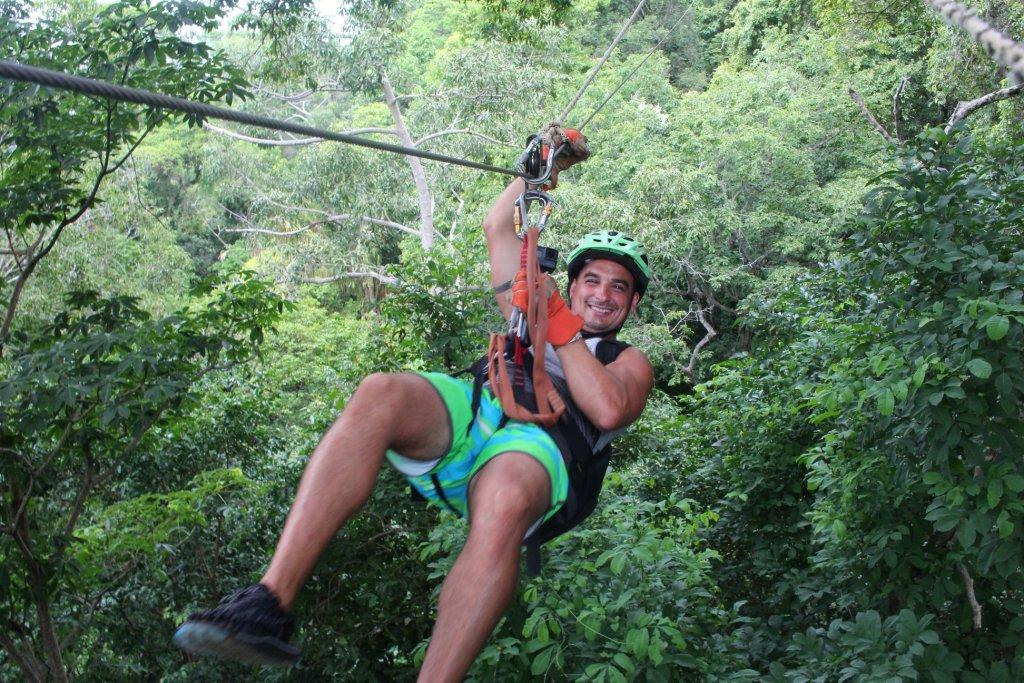 Those opportunities range from a ride on a modified ski lift that takes passengers floating through the treetops to platforms set in the crowns of massive tropical trees, more than 100 feet above the jungle floor. All those tours offer a monkeys eye view of the rain forest canopy, where thick branches serve as platforms for an incredible diversity of smaller plants, and such animals as tree frogs, vine snakes, sloths and hundreds of bird species.

Adventurous travelers may want to try one of the more rustic canopy tours, which entail strapping on a mountain climbing harness and pulling yourself along suspended cables to a series of small wooden platforms built in the tops of trees. Several private biological reserves also have platforms in the canopies of large trees that people are simply hoisted, or hoist themselves, up to. One private reserve even has a small hotel room built in the top of a tree, for those who want to spend a night in the canopy.

Costa Rica has long been famous among serious bird watchers, but many people who would never consider the activity at home quickly become interested in the country’s spectacular avian diversity. With almost 850 species of birds — more than in all of North America — packed into an area half the size of Kentucky, it’s hard not to become enthused about the variety of feathered creatures one encounters in Costa Rica. And the country’s travel agencies can provide experienced nature guides who make any bird-watching expedition an educational experience.
One of the reasons for Costa Rica’s extraordinary birdlife is the country’s great variety of habitats: rain forests, mangrove swamps, beaches, cloud forest, rivers, etc. 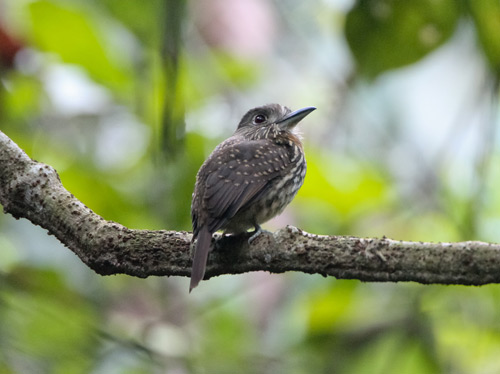 And any two of those ecosystems, with their resident bird species, are often only a short distance apart. Birders from North America who visit Costa Rica during the northern winter invariably recognize familiar faces in the forest, since many species of warblers, flycatchers, vireos, orioles, etc. migrate to Costa Rica every winter.

The country’s exemplary system of national parks and protected areas provide more than ample stomping grounds for birders, but just about anywhere you look in Costa Rica, you spot interesting avian species. Even some of the hotels in the San Jose area have such colorful critters as blue-grey tanagers, great kiskadee and crimson-fronted parakeets in their gardens.

However, those interested in bird watching will want to see the resplendent quetzal, which lives in the cloud forests of Monteverde, Los Santos region and the Central Volcanic Mountain Range, and the equally spectacular scarlet macaw, which can bee seen on the Osa Peninsula or the area around Carara Biological Reserve.

The Rain Forest Aerial Tram is a unique ecotourism and research facility which opened in October of 1994. Visitors from around the world ride the Tram on a fascinating excursion through the rain forest canopy and its hanging gardens of plants and animals hidden at the tops of tall tropical trees.

Home to two-thirds of all rain forest species, the rain forest canopy is a little-known world of tremendous beauty and extraordinary biological diversity. Our park, (adjacent to Braulio Carillo National Park and only an hour from San Jose), possesses one of the richest canopy communities in the world.

The canopy is full of both known and unknown plant and animal species. Visitors will be able to see canopy life close-up for the first time, and scientists will discover new things about the ecology of the rain forest. Due to its inaccessibility, little scientific work has been done concerning life in the tops of tropical trees. The tram, by being the best access tool in the world, has become a center for canopy exploration and research.

If you are planning your vacations, it is important to consider the transfers from one destination to another. Costa Rica VIP Transfers has a very detailed list of cars and motorcycles that you could rent, adjusting to your budget. But if you don’t want to drive, we also have many options for you! Costa Rica Vip Transfers has terrestrial and aerial providers that have all the security and comfort that you are used to having, and it is a great option to travel from one destination to another. If you want us to plan your trip including the transfers, please let us know, and we will be delighted to help.

Costa Rica, famous all over the world for its nature and beauty, is now rapidly becoming a prime destination to those intrepid adventurers on two wheels known as Mountain Bikers.
Costa Rica offers “fat-tire” thrills to all levels of ability, whether you are a beginner and prefer to stroll along the easy trails ‘around the Arenal Volcano Lake enjoying the majestic beauty of this ever erupting volcano, or a daredevil gear-head that prefers the teeth-clattering, eye-watering 75+ Km’s per hour downhills of Cerro de la Muerte (The Mountain of Death is the true translation to this peaks name!) Costa Rica has it all!

This fast-growing pastime (and to many a passion) has become a fixed mark in the list of the many adventure activities available in Costa Rica.
With its countless kilometers of dirt roads and paths traversing a variety of terrain, Costa Rica has enough mountain biking routes to keep a serious biker rolling for years.

But you need neither be an enthusiast nor willing to deal with the hassle of dragging a bike along as luggage to enjoy the sport there. Mountain bikes can be rented at most resort towns, and several local companies offer mountain bike tours of the country’s less-visited areas, many of which are mellow enough for people who haven’t been on a bike for years.

A good selection of one-day tours heads out of San Jose to nearby attractions, such as Irazu and Poas Volcanoes, and the inspiring Orosi Valley. A more strenuous day of pedaling takes you through the forests of El Rodeo, a protected area near Ciudad Colon.

Tortuga, a dream island and a little paradise in the Pacific Ocean, has something for everyone. More than just a beach, white sands and sun, Tortuga also offers luxuriant flora, fauna, and adventure…

Tortuga Island is a reflection today of the more than twenty years of hard work by a Costa Rican family in the field of conservation and sustainable development. Over the last two years, the island has seen changes that allow visitors to enjoy its natural beauty to the fullest.
Come to Tortuga for an unforgettable day!

Punta Coral Private Reserve
The day starts fort he passengers when the tour’s comfortable bus picks them up at their hotel in San José. A delicious Continental Breakfast is served as the bus rolls along the Inter-American Highway toward Puntarenas and a guide explains the scenery, interspersing his comments with anecdotes from Costa Rica’s history as well as facts about the country.
Upon arrival in Puntarenas, you will board the World Famous yacht Calypso